The status in December 2021

after a long and arduous journey to Gope/Lohkim in the south of the Solu Khumbu, we know that through the construction of the health station something very important will change there for the population, especially for the women and girls.

The journey to Gope takes two days with an overnight stay in Halaisi. 8 - 10 hours driving per day are necessary. The region is only accessible by motorized vehicle for about 6 months of the year. A pickup truck is essential. Gope is located in the underdeveloped part of Solu Khumbu, it is not on any trekking route.

Here are some facts about the health and social structure in the district of Gope/Lohkim.

Vital for the inhabitants of Gope. The only place to shop, but also a place for gossip.

Every trip is fully utilized....

...to bring material to Gope. Larger trucks cannot go there.

Only with confidence or trust in God we could ignore the many landslides that may become active at any time.

Some women are prepared by the government in a 14-day course as volunteer community helpers for social tasks. They are hopelessly overburdened in Gope, as they are the only social help on site, especially for women.

As they told us, desperate people come to their door day and night asking for help and medicine. However, the women’s hands are tied because they have neither means nor permission to help medically. For them, the new health centre will be a great help. The networking with the nurses is very much welcomed by them.

The community helpers of Gope will be happy and relieved when a nurse can be contacted 24 hours a day through the health centre, when 24 hours optimal conditions for births will be available. Our concept is unique in Nepal and fills the gap between irregularly attended health posts and a far away hospital.

This concept is already working in our health posts in Betang and Bhorle.

Exchange with the villagers

The meeting with the villagers and the subsequent exchange with the health committee was very important for us to understand the actual situation in Gope even better.

The health committee is extremely active, the mayor of the district is a blessing for the population. He has already secured from the government two positions for trained nurses and one for a cleaner. Both nurses can live in the health station.

Beyond the lack of health care, the committee sees a need for education and help for the young girls and boys, who often become parents already at the age of 14. Religious control is also sharply declining in this region. Pregnancy is a way out of parental control. However, hoped-for love and a better life often turn out to be a dead end - violence, material hardship and exploitation in the new family instead of Bollywood and seventh heaven.

The mayor is a very committed, educated person who has voluntarily come back to this remote region and has made a substantial positive difference there.

Here they guide us through the health station there.

Meeting with the village population

Very important to understand even better the real situation in Gope.

Even though we realize the project thanks to your help and thanks to good cooperation with Ram and NHEFoN, we also must mention the incredible drive and excellent project management by Ram Kumar Tamang, the architects Madhav Regmi, Bhadur Tamang, the experienced foreman from Rasuwa Hari Tamang and last but not least the terrific driver and cook Picas Tamang.

All building materials that are not on site are transported to Gope by pickup truck, either from Kathmandu or from Therai. It takes 16 to 18 hours driving either way.

The particularly earthquake-resistant construction methods, which we have already introduced for the last three structures in Rasuwa, are new for the workers. They are being trained in this new technique and are learning a very structured approach along the way.

As worldwide prices for cement and steel have risen sharply in recent months, we will also have to increase the budget for these building materials. The additional cost will be about 4.000€. The prices for these building materials are not negotiable in Nepal, they are set by the government. The other construction costs will remain within the limits.

Processing of corners and of steel reinforcement - so very different from the usual technique.

The plot in its original condition.

Thanks to Chinese support for road construction in Nepal, heavy equipment for splitting stones is readily available. This work would not have been possible by human hand. The split stones are used for the construction of the station.

The formwork is being prepared.

A floor plan is becoming visible.

After three days on site it’s time to say goodbye. It was an impressive but also very exhausting time. We are firmly convinced that the construction of the health station will make the lives of the people in this remote region safer and more worth living.

But as so often in the past: Only with your donations all the projects are feasible. We continue to assure you that 100% of your donations will be used for what they are intended for.

We wish you and your families a Merry Christmas and hope that the Corona season will soon bid farewell.

Accommodation for the team

The wealthy owner family let our team use this accommodation, which was very good by usual standards, at cost price.

During the construction period, a new vacant house is made available to our team. The house has a kitchen and various rooms for sleeping, toilet house and bathroom. The crew feels comfortable there. We also felt at home there.

Thank you very much for your support

The children and families of the Education and Health Project in Kathmandu,
the residents of Betang, Bhorle and Gope,
Gecotec e.V. Germany,
NEPAL Education & Health Switzerland and
NHEFoN Nepal 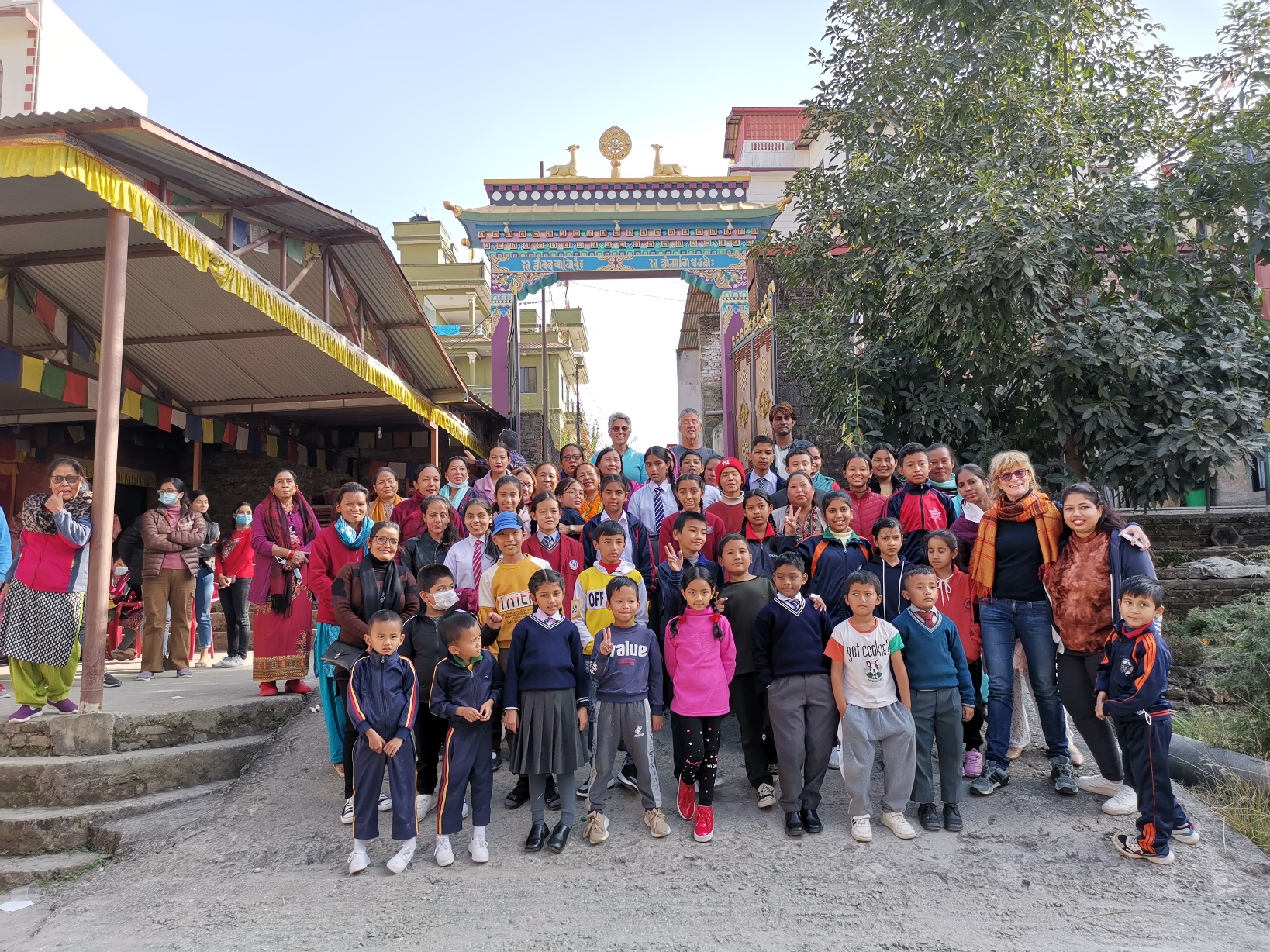